After chasing sunsets, one of life's simple joys is listening to the music of Top Gun, thanks to music by Balfe, Faltermeyer, Gaga and Zimmer.

OneRepublic is an unfortunate choices for this movie. But Faltermeyer and Loggins returning make up for it.

Maverick is ready to ride on the Silver Dove once more in May of 2022. Mav's soundtrack however, maybe not so much? Let's see.

So, we get it, Gaga is huge. But did she really need to be on this album? Def Leppard is still rocking. Same with G'N'R. Understandably the comparison here is to Berlin's "Take My Breath Away", but couldn't we have truly rocked!?

Give us power ballads to feast on. Give us rockers like Larry Greene's Through The Fire and Cheap Trick's Mighty Wings. Give us the Maverick soundtrack we deserve.

You know what, if we were creating the Top Gun Soundtrack sequel, it would be filled with Bang Camaro, The Protomen, and Coheed and Cambria tracks. Listen to Coheed's song, No World For Tomorrow and tell us that shouldn't be on the album.

On first listen through, it's nowhere close to the Original Top Gun Soundtrack.

Note: There may be a spoiler or two in here, so be warned. 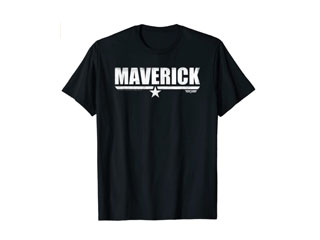 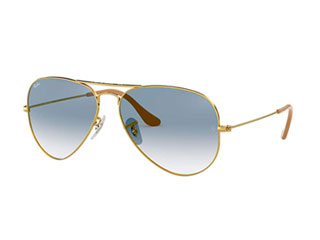 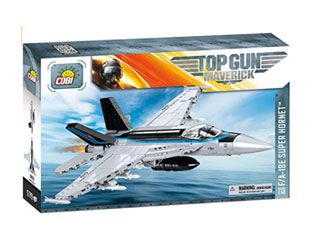 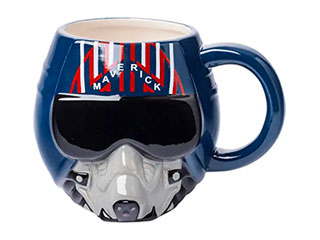 The certified fresh film certainly looks to have an anything-but-fresh soundtrack. Well, the score is probably ridiculously good, because Zimmer, Hans. But we just can't get over OneRepublic's inclusion.

Lorne Balfe is also responsible for original score in the sequel.

For those looking for a challenge, Top Gun even has a drinking game to play along with.

If you have a Spotify subscription, you've probably already had a chance to hear all of the songs.

I wish we were called back to Top Gun. That's where the plague for Second Place is in the lady's room, right?

It's official! #TopGun: Maverick is #CertifiedFresh 🍅 at 97% on @RottenTomatoes! Get 🎟 now and see what everyone is raving about: https://t.co/67py5MSXtr pic.twitter.com/xAsBCnlP7Z

OF COURSE Danger Zone is going to be in the Top Gun sequel. The biggest question we have is whether or not Mighty Wings will be in it. You know ... really, really hoping for Mighty Wings.

Anyway, Danger Zone is a legendary tune that (hopefully) will be introduced in a great way in this sequel. Loggins wasn't the original choice for Danger Zone in the first film, instead opting to write and record Playing With the Boys. But, when push came to shove, Loggins shoved into overdrive and got a chance to belt out some vox in the singer's cockpit ... err, recording studio.

The Story of Danger Zone

Kenny Loggins actually tells the story of his involvement in Danger Zone in the video below. You'll see that Starship was offered the song before Loggins as well.

Common assumption here is that Darkstar refers to Mav. Then again, could it be Rooster?

Presumably picking up where his on-screen father, Anthony Edwards, aka Nick Bradshaw, left off is Miles Teller, aka Bradley Bradshaw, doing his own version of the Jerry Lee Lewis hit.

We're really hoping it's a great version of the ol' rock tune, as that scene where Meg Ryan arrives at Top Gun with little Brad Bradshaw and Goose starts playing piano with the kid in a cowboy hat on top of the piano will never be topped.

It's 100% prime time excellent. So come on, Rooster, let's see you tickle the ivories like your father, Goose.

You're Where You Belong / Give 'Em Hell - Harold Faltermeyer, Lady Gaga and Hans Zimmer

Of course Mav is where he belongs ... in a cockpit, givin'em hell!

I Ain't Worried - One Republic

With a release date of May 13th, 2022, One Republic's "I Ain't Worried" is available for listening. In fact, below is the video for the track.

To be honest, it sucks. Well, the song itself is alright. But does this Harry Styles-inspired, Watermelon Sugar-based, Train, only if the band was younger, riff really inspire anyone to get in a jet and destroy the enemy the way that Mighty Wings did!?

One Republic should never have been invited onto the Top Gun Maverick soundtrack. Honestly, we don't care how they use this song in the movie. This cut didn't make it.

One Republic might not be worried, but we are. This track might ruin the flick. Then again, movie soundtracks these days are generally trash. Double then again, yeah, we love 80s hair metal. So, it should come as no surprise that we aren't thrilled about this tune.

Note (and possible SPOILER): We've seen the movie and the song works. It plays over the new "Top Gun Volleyball Scene", affectionately being called, "Dogfight Football".

In fact, it's better than the remake that director Kosinski was talking to Loggins about, a remake that Loggins made with Butterfly Boucher from Australia.

Give it a listen ... it doesn't work at all. Yes, it includes updated lyrics to address the female pilot(s) in the film, as well as a female lead vocal part, but the song simply isn't good.

Can't be good for Dagger One. Since Dagger One is hit, whoever is piloting it isn't having a good day.

What's the Plan? Sounds like confusion for the F-14s.

The Man, The Legend? Gotta be about Maverick.

This has got to be about Penny Benjamin, the admiral's daughter that Mav went ballistic over in the original Top Gun. We haven't seen the movie, but the name Penny means a lot to the Top Gun franchise. Let's see how this one plays out.

“When I wrote this song for Top Gun: Maverick, I didn’t even realize the multiple layers it spanned across the film’s heart, my own psyche, and the nature of the world we’ve been living in,” - Lady Gaga

As CinemaBlend points out, Lady Gaga's music gets sewn together with Balfe, Zimmer and Faltermeyer's music to suggest that a character feels love or affection for something, whether that's each other, flying, or even a F-14 itself. This is the quote from Balfe:

"We start using that theme when it’s to do with the love of two people, but also when it’s an emotional moment, embracing the sacrifices that these pilots go through. The love of flight was always a subject we talked about. At the end of that first sequence, when Maverick’s trying to beat the speed record, we hear a nod to that theme."

Legendary composer, Hans Zimmer teams up with The Smiths guitarist, Johnny Marr to create the next anthem in Top Gun.

"I’ll tell you, I don’t think I’ve mentioned this anywhere yet, but I don’t see why not. Almost by accident, I guess did the theme to the new Top Gun [Top Gun: Maverick]. I think there was some issue with how the theme was sounding, and I was around and I have a guitar. It really was as simple as that. I haven’t seen the movie in its entirety. I didn’t do the score, I just played the theme. [...] I was presented with the thing and they wanted me to make it sound epic. I was like, sure, okay, I can do that!" - Johnny Marr

Who did the music for Top Gun 2 Maverick?

Were 21 Pilots supposed to be on the Top Gun Maverick soundtrack?

It seems like they were, as the band claims, “I saw some scenes. They brought me in to show me some scenes and stuff, and I actually don’t think I started writing,” Joseph added about how far along he got in the process before 21P got scrubbed. “It was actually pretty soon after they brought me in to show me parts of the movie of what they were looking for and stuff then I kind of got word that there was a wholesale swap.”

Is Val Kilmer in the new Top Gun movie Maverick?

Yes, Val Kilmer is in the movie. He is still playing Tom Kazansky - aka - Iceman in Top Gun Maverick.

Who is the woman in Top Gun Maverick?

The woman is Jennifer Connolly. It is not Meg Ryan and Kelly McGillis, who appear in the original Top Gun film.

No, Anthony Edwards is not in the movie. His character, Goose, died in the original film. That's why his son Bradley Bradshaw is singing Great Balls of Fire this time around.

What is the theme song to Top Gun Maverick?

Top Gun Anthem 2 is the theme song for Top Gun Maverick. A quick Wikipedia search would confirm that.

Where can I buy the Top Gun Maverick Soundtrack?

You can purchase it on Amazon and on Apple Music. It's not available for download off of Amazon just yet, as they are only selling the CD as of May 27th, the movie and soundtrack's release date.

You could also try Spotify, but we can't seem to find an accurate link for download.

Can I buy the Top Gun Maverick Soundtrack on Vinyl?

No, you cannot buy the Top Gun Maverick soundtrack on vinyl yet. We will update this as we found out more information from Amazon, Apple Music and other soundtrack resellers.

Why was Take My Breath Away not in Top Gun: Maverick?

Take My Breath Away was not featured in the movie because the song is not solely about the character of Maverick. The movie needed a new love song to address the relationship between Pete Mitchell and Penny Benjamin, not Charlie (Kelly McGillis).