7 Singles. Hysteria was and still is, incredible. One of the best rock albums ever made. Pour Some Sugar On Me is of course, one of the most memorable songs of the 80s.

Def Leppard’s Magnum Opus to Women (of the Champagne Room)

So many tracks, so many layers, so many overdubs, so many years to produce and subsequently release. Hysteria is rock gold.

Sonically, this album has something for everyone. It probably upset some core fans who wanted to live in a High n Dry and On Through The Night world forever. But can you argue with the results? The guys from DL shouldn't be blamed for creating a masterpiece. You could say that trying to make every song a single is selling out, but what is wrong with that?

Along with Appetite for Destruction, Hysteria released 7 singles. Just incredible.

And, if I recall correctly, Tear It Down off Adrenalize was supposed to be on Hysteria. They could have gotten to 8 singles.

Rolling Stone ranked Hysteria at 464 on the 500 greatest albums of all-time. I don't buy it. There are at least 460+ albums on their list that aren't even close to the pure majesty of Hysteria. Maybe more.

Seriously, on the same web page Rolling Stone ranks a Hole album, a My Morning Jacket album, and an Amy Winehouse album ahead of Hysteria. Unreal.

The Bankrupt Brothers are the band within the band. They provide the backing vocals. It's just all 5 members of Def Leppard doing gang choruses.

Here's a BBC interview on the history of the band.

We literally can't live without them. It's a stretch, but I think Def Leppard could have put Women on any of their first albums. Maybe not sonically, as the influence of ol' Mutt Lange is clearly on display here. But, stripped down to it's rock roots, it could have been on Pyromania, High 'n' Dry, or On Through the Night.

Musicians, is Rocket a shuffle? I am unclear on this.

Rocket has everything that the modern, in 1987, fan of the Lep was looking for:

Compressed cleans, big, bouncy bass, and vocal processing galore on Love Bites. Track 4 shines again as the obligatory ballad. Stripped down and acoustic, Love Bites is nothing more than a country song in hair metal clothing.

Pour Some Sugar on Me

Step inside. Walk this way. You and me, babe. Hey! Hey!

Pour Some Sugar on Me, the zenith of Def Leppard's popularity, was almost left off of the album. Ridiculous, right?.

A half-assed, electrified rap that has more guitar layers than paint on a country barn, Pour Some Sugar on Me introduced Def Leppard to way more ladies than their New Wave of British Heavy Metal days could ever dream of. Some of those ladies would go on to have this hair metal anthem as their stage song. No judgment here.

It really revitalized the popularity of the band. Hysteria was slipping a bit when the song was released. Then, Def Leppard took over the airwaves.

The guitars of Armageddon It highlight DL's transition from the good looking, but rugged street rock grit of Pyromania and prior, to the clean-shaven, champagne-fueled, cigarette boat operating hair metal that we all know (and most likely still love) today.

To be clear, I adore Armageddon It, so there's that.

Sparkly guitars, huge Def Leppard choral vox, a video that is basically Pour Some Sugar on Me II. You just gotta love songs like this. If there is a defining song for the "sound" of Hysteria, it is Armageddon It.

Underrated Lep tune. Gods of War is a great track for lovers of Steve Clark.

Ultraproduced vox kick off Don't Shoot Shotgun. Got a fun groove to it. A little midnight madness is encouraged in nearly every 80s hair metal song.

Run Riot is what would have been Hysteria's contribution to the Bill & Ted's Excellent Adventure Soundtrack had everything worked out in life. You could totally see the Great Ones traveling in their time traveling telephone booth to Def Leppard's Run Riot.

Def Leppard has never shied away from writing well-crafted ballads. The title track of the album is no exception.

Creepy voice asks, "Are you excited?"

Big Def Leppard gang vocals. One can never get enough of them.

Who's excitable? Alllll the ladies in the front row.

That opening riff signals High 'n' Dry to get restrained chime on the ol' six string. Almost sounds like Hysteria the song, part two. This song would have been a hit for most other 80s hair bands.

Who wrote the songs on Hysteria?

All of the songs were written by Steve Clark, Joe Elliott, Phil Collen, Rick Savage, and Mutt Lange, the band's unofficial (maybe official?) sixth member. Clark also wrote Tear It Down, officially released on Adrenalize, and, one of the best DL songs, prior to his death.

Do you want to pour some sugar with Joe Elliott?

If you do, check this out.

What key is the song Hysteria in?

Hysteria is in the Key of G.

How many copies has the Def Leppard album Hysteria sold worldwide?

When was the Def Leppard Hysteria Deluxe Edition released?

The Deluxe edition was released in 2006. For the album's 30th anniversary in 2017, Def Leppard released another updated version. The album was originally released in 1987. 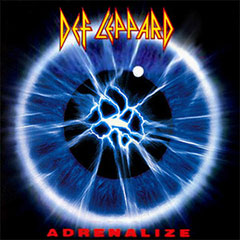 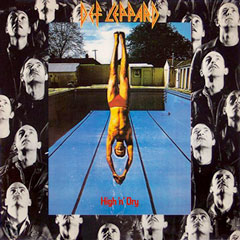 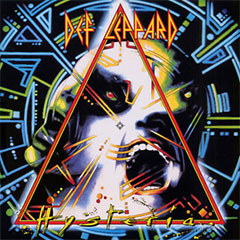 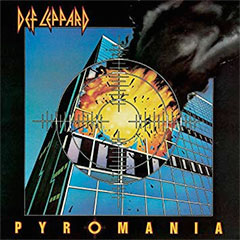