Blues-inspired grunge band who became the face of their decade (1990s) in the 2000s and beyond by putting on outstanding live shows. With hit songs like Jeremy, Rearview Mirror, and Given to Fly, and albums like Ten and Vs., what's not to love about Pearl Jam?

In the early days, Nirvana had the slight edge on the band in terms of popularity. That was until Kurt Cobain passed in April of 1994.

As for that tour de force in songwriting, the follow-up albums to their debut (Ten) were met with outstanding commercial success. Vs., originally called Five Against One, set the record for the most sales in an album's first week when it was released. Vitalogy nearly did the same, coming in second of all-time.

The band has endured tragedy, as evidenced by the deaths of nine fans at the Roskilde Festival in 2000. They've endured the fallout from their Anti-Trust battle with Ticketmaster and fan disillusionment over live ticket acquisition. They've endured a rotating cast of characters behind the drum kit. They endured the death of grunge.

Like any band, they've lost the original songwriting magic of the early days. But for Pearl Jam, it doesn't seem to matter. Songs that you skip when listening to albums such as Binaural, Riot Act and Gigaton become huge and impactful when played live. In fact, Pearl Jam might be the only band in recent memory where the live show convinces you to purchase the album, as opposed to the album encouraging you to buy a ticket.

In many ways, Pearl Jam has become the Tom Brady of rock. They arrived on the scene and instantly claimed 3 championships in Ten, Vs., and Vitalogy. Then they managed to play out a Hall of Fame career, being inducted in 2017. And still they rock harder than most half their age, playing sold out shows all over the world that almost never fall flat (or under 2.5 hours).

It's why they're the best to ever do it. We'll go on record and say that Pearl Jam is the best band of all-time.

Ok, Pearl Jam is the second best band of all-time. Hear us out.

And none of that has anything to do with the band, its music, or its live shows.

With the exception of drummer, Pearl Jam's lineup has remained remarkably intact since its founding. However, it's safe to guess that drummer Matt Cameron might have been involved from day one had he not been in Soundgarden during the band's formation.

After all, he is part of Temple of the Dog.

It's hard to call Boom a touring member after 20 years, as Gaspar joined in 2002. Stuverud was only a temporary replacement for a COVID-stricken Cameron on the 2022 tour. 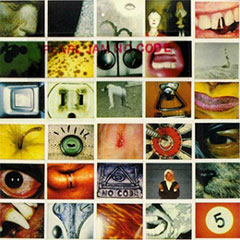 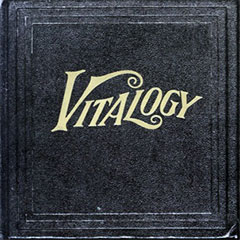 Alive it is. Alive is the most anthemic of them all. You could hope to hear a dozen hits live in concert, but if PJ doesn't play Alive, you'd feel like you missed out on something.

Anyone could make an argument that it's not their best song. You might even be able to convince people it's not Top 3 or Top 5 material. But that's irrelevant. Alive is Pearl Jam.