Kane Robers could sing. He could play guitar. He had a hit. Isn't that all anyone is looking for?

Kane borrowed Jovi's boy, Desmond Child to help him write his major hit, Fighter, off of his second album, Saints and Sinners. He also played with Alice Cooper, so, he's worthy.

Dude shows up on an amazing tune from the band, Maverick. 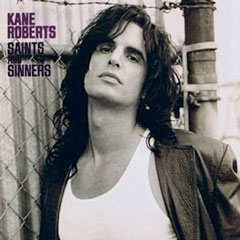