Not many bands swap bandmates midway through recording their debut album, but Danger Danger admirably pulls it off, switching out lead guitar player Tony (Bruno) Rey for Andy Timmons. The band really leans on the repetition with Danger Danger as both the band name and album title, and with their hit songs, Naughty Naughty and Bang Bang.

Hey, I'm all for doing what you want, thematically. But let's get real, Danger Danger writing a song called Bang Bang isn't exactly John Williams laying the foundation of Star Wars as the Norse God of Leitmotifs.

Nor did they follow up their debut album with an art piece to compensate. Listen to Screw It and we think you'll get it. Quickly.

Back to the leitmotif. A leitmotif is, "a recurrent theme throughout a musical or literary composition, associated with a particular person, idea, or situation." If you want to learn even more, the New Yorker is up to the challenge.

Danger Danger is WAY more about babes and good times than Motley Crue and Guns'n'Roses. Ok, maybe not way more, but you get the point. They didn't exactly exude street cred.

Let's be honest, the album should really be titled Naughty Naughty. That would have been a much better title than going self-titled.

Check out our list of Danger Danger's best songs.

As is true across all bands, piano/keys (KEYTAR!) absolutely improve ALL facets of a band. Kasey Smith adds much street cred to the lineup.

Poley wastes no time introducing his ability to hit the upper registers on the debut album.

Naughty Naughty is just sultry enough to make you want to wash your linens. It also sets the tone for every single Danger Danger song with lyrics like, "Girl you look better in your birthday suit". Straight class, Poley!

Under the Gun is really Beat the Bullet's prequel. It's also Danger Danger's Runaway (Bon Jovi).

Tasteful and compact solo by Tony "Bruno" Rey, who was also a member of Saraya.

A texas roadhouse song, only in the key of hair metal. Ted Poley and crew are ALWAYS looking for action and more action.

Danger Danger loves to drive in the fast lane, and of course, look for some action.

Timmons' tone is crisp, along with his playing on the solo.

Got a bit of a Def Leppard Hysteria flair, let's count the ways

Huge intro. A decent verse. Pre-chorus is pretty rock solid though. While the lyrics are a bit inane, the chorus is just powerful enough to acheive hit status.

Love the vocal AHHHHHH part in the second verse. You tell her, Ted! You tell her not to mess around on you!

The solo complements the song, building into the unaccompanied chorus at 2:44. That part must have been huge at concerts. Don't get me wrong, it's pure fluff, but the ladies get puzzledusted on that sorta thing. And that's what Danger Danger songs were known for ...

Gang vocals in the chorus that Def Leppard would be proud over.

Danger Danger has a thing for following one's passions in the heat of the night. It's a lyric in every 3rd song, swear it's true.

Get up and make some noise,

Boys Will Be Boys

A rising WHOA OH pre-chorus. Dig it. Self-harmonizing Poley in the chorus. Nice. Remember ladies, he's like a loaded gun, waiting for the night to come. And also, you.

Then by the morning, he will be gone. So make your own pancakes, ladies, cause Danger Danger is already on to the next city.

Timmons getting some crisp tones from his custom AT100 Ibanez on Boys Will Be Boys.

One Step From Paradise

This (strangely?) has a REO Speedwagon feel to it.

"Together we'll find paradise someday" - oh yeah? Is that so? Just where is paradise?

Feels Like Love is written in the key of Bill and Ted's Excellent Adventure Original Motion Picture Soundtrack.

Kasey Smith's subtle synth pads and Tony Bruno's overdriven guitar tone recall Robbie Robb's "In Time" as The Great Ones conversed with The Three Most Important People in The World.

Key Change! So vital in a song like this.

Turn It On is Poison with a flanger.

Danger Danger knew how to turn it on for a pre-chorus, musically.

Lyrically obvious, Turn It On hides nothing. With lyrics like, "I can't believe all the noise your making, am I really that good or are you just faking, feels so good, deep inside, it's like a non-stop rocket roller coaster ride" Danger Danger has exactly zero shot of winning the Wallace Stevens Award for demonstrating a mastery of poetry.

I have to believe Steve West wrote Live It Up because of the ZZ Top style drum intro.

Live It Up ends the debut album with a nice little shuffle. This song sounds like SRV went hair metal. I dig it.

Anytime you can toss a harmonica solo into a hair metal tune it should be considered a victory.

"Thanks for coming, everybody!" - Niiiiiiiice 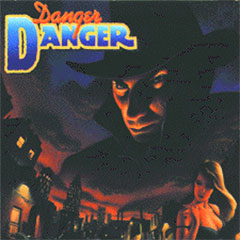 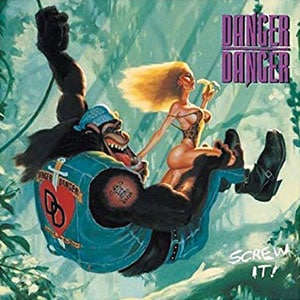